Add to Wishlist
Compare
The HP Chromebook 11 11-1101us (White) is the latest laptop with Google’s web-based Chrome OS. The 11.6-inch mini-notebook is priced at $280, which is a fairly low price, but not as low as for some other Chromebooks, such as the Acer C710, starting at only $200. HP’s new Chromebook is powered by the Exynos 5250 GAIA dual-core processor, which has a great power efficiency and low heat as its main characteristic. According to HP, this little machine with a built-in 30Whr battery can actively operate up to six hours on a single charge and thanks to the CPU, the whole design is fanless. RAM amount is only 2GB, but that’s not so low considering a lightweight nature of Chrome OS. For data storage, the Chromebook 11 11-1101us uses a 16GB solid state drive. It’s a very constrained storage space, but Chrome is designed to store users’ files on remote servers, popularly known as “cloud”. Also, Chrome apps pre-loaded and those available on the Chrome web store are generally designed to run online, so the whole system rather relies on Internet connectivity than on internal storage. With a purchase of the laptop, you get 100GB of free storage space on Google Drive cloud for 2 years. 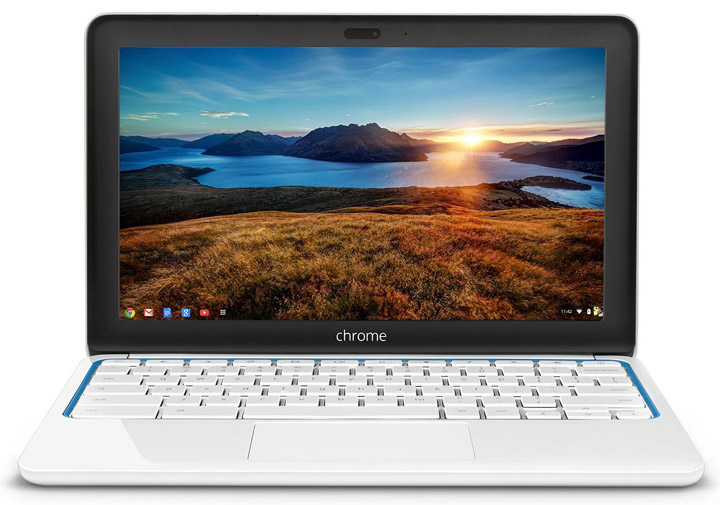 The display brings an improvement in viewing angles (up to 176 degrees) over the previous Chromebooks, since it features IPS technology enabling that. It’s also quite bright with its 300-nit brightness, but the screen resolution remained the same – 1,366-by-768 pixels. That’s, however, not too bad considering the small 11.6″ diagonal.

Interaction with Chrome is provided via a quite-spacious chiclet-style keyboard and a large trackapd with integrated click buttons. Keyboard backlight and touchscreen functionality are not provided.

For networking, the system uses a built-in 802.11n Wi-Fi wireless module and there’s also Bluetooth for a connection to other devices and peripherals. It’s interesting that the stereo speakers are located underneath the keyboard, with upward sound direction. For external speakers, headphones, and microphones, there’s a combo audio port, while for video chats HP has provided a VGA-quality webcam. VGA means the resolution of captured video is maximally 640×480, down from commonly used 1280×720 on modern laptops.

The HP Chromebook 11-1101us has two USB ports, quite satisfactory for a small-size laptop, but unfortunately there’s no any kind of a media card reader. For charging, the device uses a Micro USB connector, so it is compatible with the majority of Android smartphone chargers. For video output, there’s a SlimPort. It can output videos to TVs and monitors via a SlimPort-to-HDMI/VGA adapter.

The notebook weighs only 2.3 pounds and measures only 0.7″ thick, so it can be a quite handy travel companion, as long as the battery and Internet connectivity allow it. Hardware is encased in a glossy-white plastic chassis, strengthened by a magnesium frame, and with a blue accent color surrounding the keyboard on the 11-1101us. The HP Chromebook 11 will be additionally available with other accent colors, namely red, white, and green, as well as with wholly black chassis. 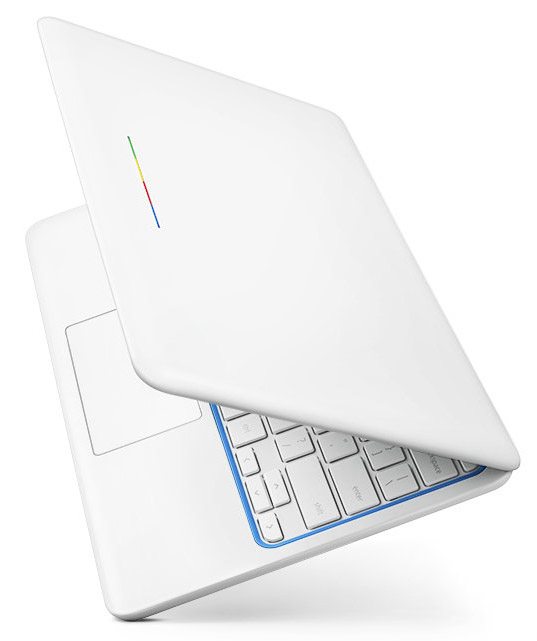 Categories: HP Laptops, Used Laptops
Exchange & Replacment : – Once an item is delivered, Customer can replace it within 3 months of delivery. if the product is defective, customer can claim for replacement, during warranty period. Customer also can exchange it with another product .The company will charge the customer a deduction of 10% to the exchange order. Product Images : – All product images are for reference only and may differ from the actual product due to product improvement. Due to differences in monitors, the colors of the products may also appear different from those indicated on the site. Product Details :- Some products may have an associated image or photo. These are provided for illustrative purposes only and should be considered illustrative Return & Refund: – Customer can claim for Refund or return based on refund policy If customer have recieved different model or color, but the specification is the same and the company has already mentioned and Commitment with the customer, in this case, if the customer has a problem only with the model number or color ,Company will not refund the money. More Details Please Click Here—>      Shipping/Replacement/Return

There are no reviews yet.